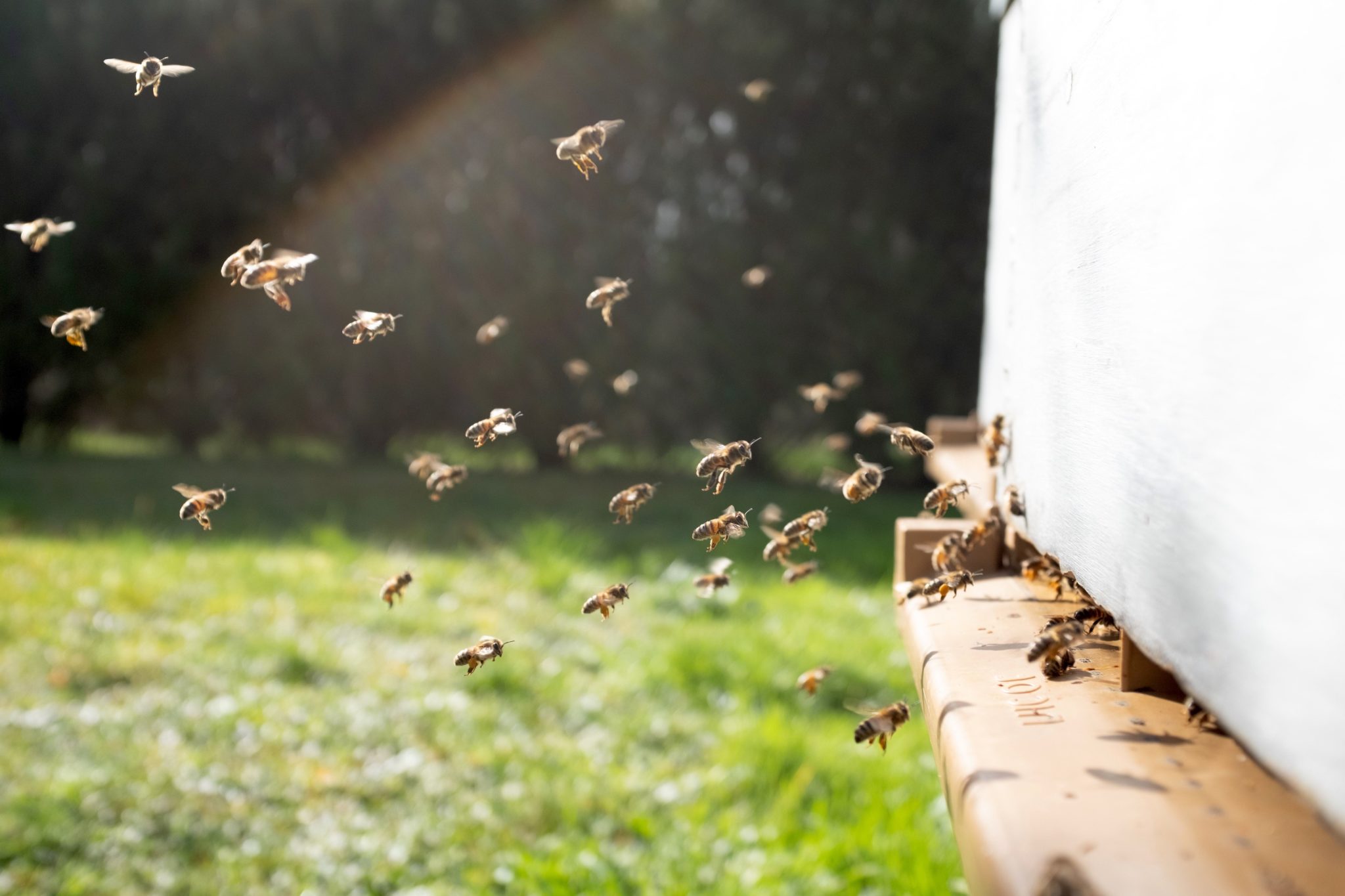 Save bees and farmers

The European Citizens’ Initiative ‘Save bees and farmers’ is currently ongoing. It wants to phase out synthetic pesticides by 2035, support farmers, and save bees and nature. If the initiative gathers one million signatures by the end of September 2021, the EU Commission and Parliament must consider turning the campaign’s demands into law. [1]

90 organisations from 17 EU countries are jointly launching the European Citizens’ Initiative (ECI) Save bees and farmers. International scientists have called for an urgent “transformative change” to stop the collapse of nature. A quarter of Europe’s wild animals are severely threatened, half of our nature sites are in  an unfavourable condition, and ecosystem services are deteriorating. [2]

Meanwhile, millions of farmers are being squeezed out by unfair prices, the lack of political support and big corporations. Four million small farms disappeared between 2005 and 2016 in the EU. [3]

Sign the petition on savebeesandfarmers.eu if you are supportive of this cause and share the initiative widely in your network! The information is available in more than 20 different languages and on social media using #SaveBeesAndFarmers.

Concretely, the ECI calls on the European Commission to introduce legal proposals to:

A cross-sector alliance of civil society organisations covering the environment, health, farming and beekeeping runs this campaign. Among others: the European networks Friends of the Earth Europe and the Pesticide Action Network (PAN) as well as the Munich Environmental Institute, the Aurelia foundation (Germany), Générations Futures (France) and GLOBAL 2000/Friends of the Earth Austria.

Do you want to actively promote the initiative or get more information? Please contact verena.mitschke@organicseurope.bio

NOTES
[1] www.savebeesandfarmers.eu
[2]  https://www.ipbes.net/news/Media-Release-Global-Assessment
Bees and other pollinators in particular are indispensable for preserving our ecosystems and biodiversity. Up to one third of our food production and two thirds of our daily fruits and vegetables rely on pollination through bees and other insects. Yet, they are existentially threatened by constant pesticide-contamination and habitat loss due to industrial agriculture.
[3] The rapid decline of both small farms and wildlife is deeply rooted in our current model of agricultural food production that heavily relies on big scale monocultural farming and the use of synthetic pesticides. To make things worse, the EU actively funds this form of agriculture through its current agropolitical agenda and its system of subsidies that favours mass production over small scale and eco friendly farming. http://www.foeeurope.org/sites/default/files/publications/nyeleni_eca_-_…