IFOAM Organics Europe is the voice for the EU organic movement. We represent the entire organic food chain in all European countries – this makes us the go-to organisation for all matters concerning organic in Europe.

Peruse our resources – you can sort them by type and/or topic – or contact our Communications Manager Eva. They are available for your questions about IFOAM Organics Europe’s activities and positions.

Please contact our Communications Manager, Eva Berckmans for media enquiries and press coverage about our events. Eva is available at eva.berckmans@organicseurope.bio or +32 (0) 2 416 52 32.

In this section you can find all our resources organized by type and sorted chronologically. Click on the type of resources you are searching for and browse our latest publications.

Are you interested in our vision? Consult EUorganic2030.bio to read it and find out how we are making it happen.

President of the Board: Jan Plagge

Jan Plagge is a German national who studied Horticultural Sciences at TUM Weihenstephan. From 1997 to 2004 he was a consultant for ecological agriculture and horticulture in Germany and overseas. He has been President of Bioland, the leading association for organic farming in Germany and South Tirol since 2011 and was on the board of the German Association of Organic Farmers, Food Processors and Traders (Bund Ökologische Lebensmittelwirtschaft, BÖLW) until 2018.

In spring 2016, he was elected as Vice-President of IFOAM Organics Europe and in May 2018 as President. He was re-elected in 2020. Before Jan became President, he established IFOAM Organics Europe’s Farmers Interest Group together with other organic farmers and was their Chair between 2012 and 2016. Between 2020 and 2021, he co-chaired DG AGRI’s Civil Dialogue Group on the Common Agricultural Policy (CAP). 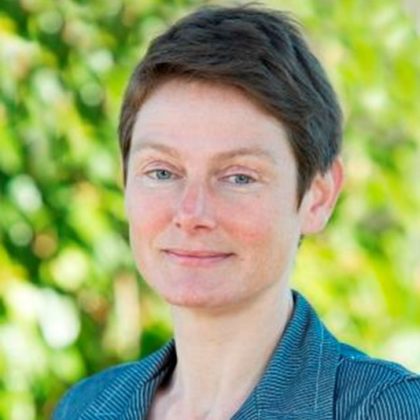 Vice-President of the Board: Marian Blom

Marian Blom is a Dutch national. After studying economics at Groningen University, she worked in the financial sector for over five years, before studying a Master’s Degree in Organic Agriculture at Wageningen University. In 2011, she was employed by a Dutch NGO which merged into Bionext, the national umbrella organisation for organic food and farming.

As project manager, she has 15 years of experience with the EU Organic Regulation, knowledge development and dissemination, arable farming, vegetable cropping, greenhouse production and a wide range of processing and import topics. For the past 12 years she has been an IFOAM Organics Europe Council member or Deputy, and was part of several taskforces to support the development of IFOAM Organics Europe’s position papers. From 2016-2018 she was a member of the steering committee of TP Organics, the European technology platform for organic farming. In May 2018, Marian was elected as one of two Vice-Presidents of IFOAM Organics Europe and in 2020, she was re-elected. In 2020 and 2021, she chaired DG AGRI’s Civil Dialogue Group on Organic Farming.

Vice-President of the Board: Dóra Drexler

Dóra Drexler is a Hungarian landscape planner and plant protection engineer. She acquired her PhD in 2010 at the Technical University of Munich, Department of Landscape Ecology. She was a research associate at the Research Institute of Organic Agriculture (FiBL Switzerland) in 2010 and 2011.

Since 2011 she is the director of the Hungarian Research Institute of Organic Agriculture (ÖMKi). As for international and research experience, Dóra has worked in a vast number of Horizon projects such as RELACS, OK-Net Arable, LIVESEED, and many more. She also has experience in teaching, being an Honorary Associate Professor of the University of Debrecen.

She is Board Member of FiBL Europe, Brussels and Steering Committee member of TP Organics, the European Technology Platform for organic food & farming. Since 2019 she co-coordinates the Agroecology and Sustainable yields thematic working group of the Central-Eastern European BIOEAST initiative. In 2015, she won the Péter Sárközy Prize for the development of Hungarian Organic Agriculture. In 2020, Dora was elected as one of two Vice-Presidents of IFOAM Organics Europe. 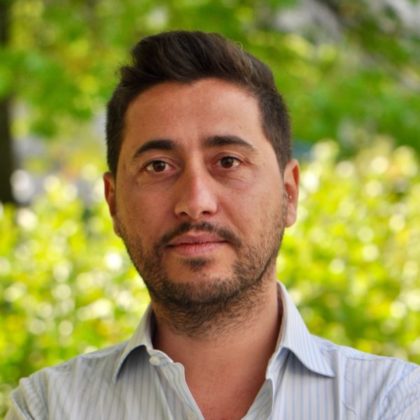 Eduardo Cuoco was born in Naples (Italy) where he completed his MSc in Food Science and Technologies. Successively, he got a PhD on the “Role of stakeholders in strategic decision-making processes” at the Polytechnic University of Marche (IT) and an Executive Master’s Degree in Business Innovation and Application at MIT Sloan (USA).

He has been involved in organic farming since 1998 and collaborated with organic organizations and public institutions. During his first career phase, he focused on the regional and national development of the organic policies in Italy, regarding rural development plans, promotional and certification schemes. Furthermore, he also promoted the organic industry in Italy as an innovation broker and helped codifying the first Italian Organic District. Since 2008 he works at IFOAM Organics Europe where he was appointed as Director in 2016.

Eduardo was involved in establishing and managing the European Technology Platform TP Organics as Head of the Secretariat. He is participating in different expert groups such as the Agriculture Knowledge and Innovation Systems (AKIS-SCAR) and the Euro-Mediterranean Expert Group (EMEG) and he is member of the board of the “International Technological Innovation Platform for Organic” and member of the Scientific committee of Fondazione Campagna Amica.

Eric has more than 20 years of experience in green policy and advocacy. From 2009 to 2014, he was Parliamentary Assistant to MEP Corinne Lepage, a Member of the Environment Committee (and former Environment Minister in France). He followed of European Parliament’s Environment Committee dossiers, including those related to agriculture and food, and climate and energy issues. In addition, he was part of the Parliament’s delegation to the United Nations Framework Convention on Climate Change (UNFCCC) for five years.

Prior to this he worked with Fondation Sciences Citoyennes, where he coordinated an NGO-led EU research project aimed at improving the participation of civil society in research projects and policy. There he published a scientific paper comparing research efforts on organic farming in different EU countries. Eric also has experience in the field of waste reduction and recycling, having been an Interim Director for Zero-Waste France (at the time called CNIID), during the revision of the EU Waste Framework Directive.

In addition to this, he was Policy Director on Genetic Engineering for the Greenpeace EU unit in Brussels from 2003 to 2006, where he coordinated the political work of Greenpeace’s national offices on agriculture issues. He started his career working for Greenpeace France in Paris from 2000 to 2003, where he oversaw the development and implementation of the political, legal, market and media strategy of the GMO and No Patents on Life campaigns of the organisation.

Briefing on Regulation on the Sustainable Use of pesticides (SUR), 9 June 2022

Organic farming and biodiversity, 20 May 2020

Preliminary ruling of the European Court of Justice on the legal status of plant breeding and genetic engineering techniques C-528/16, 19 July 2018

IFOAM Organics Europe is the European umbrella organisation for organic food and farming. We represent organic in European policymaking and advocate for a transformation of food and farming. Our work is based on the principles of organic agriculture – health, ecology, fairness and care. With almost 200 members in 34 European countries, our work spans the entire organic food chain.