EU rules for production and labelling of organic products

Home > What we do > Organic regulations

In the EU, organic farming and production are regulated according to the strict rules of the EU organic regulation. As voice for organic, we advocate for a regulation that meets the sector’s needs. 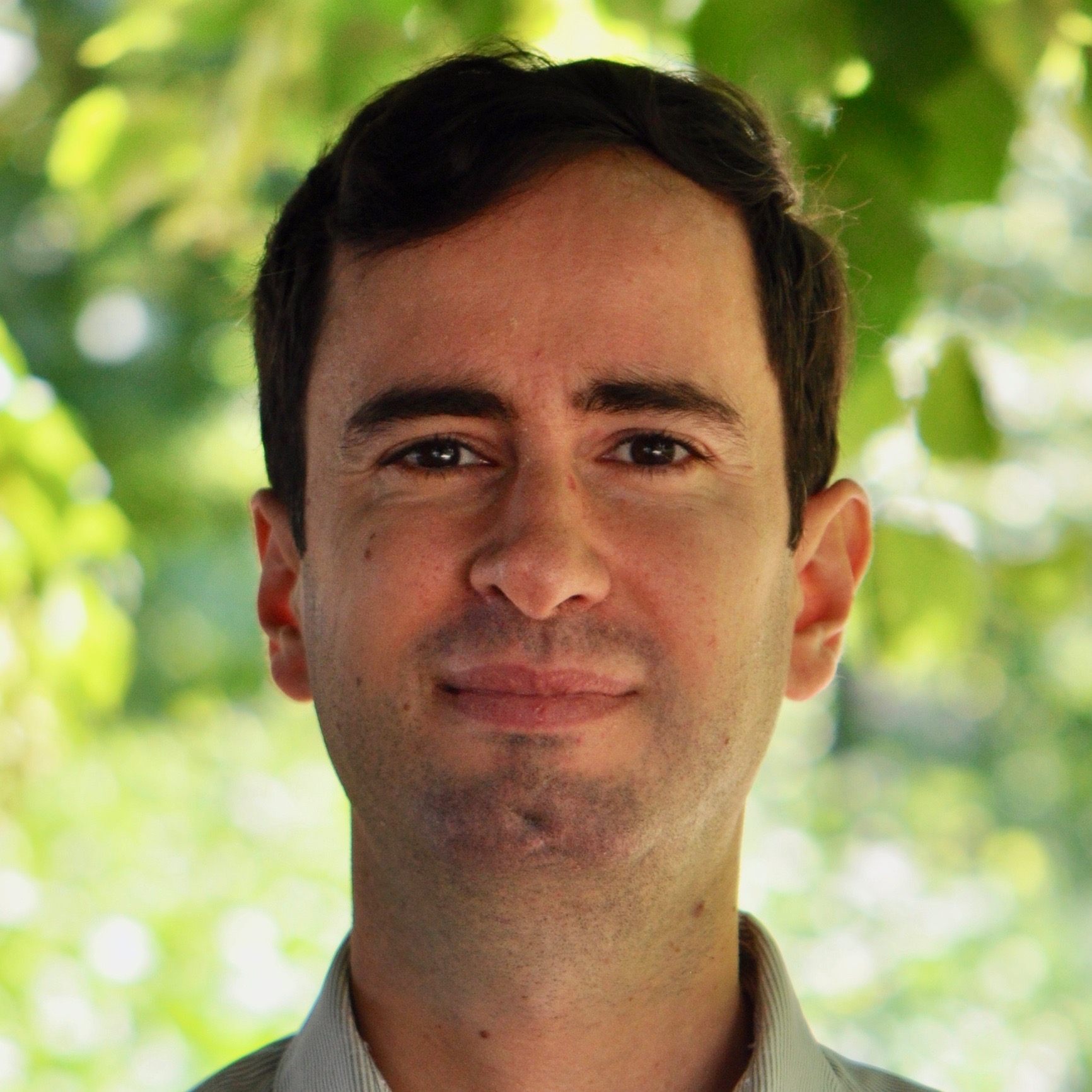 The EU Commission continuously updated the implementing regulations. For production, key updates to the implementing rules concerned organic yeast (No 1254/2008), organic aquaculture (No 710/2009) and organic wine (No 203/2012). When it comes to import rules, the agreement on equivalence between the EU and US organic standards (No 126/2012) was most important.

This set of rules was recently replaced. After a long revision process, the new organic regulation (EU) 2018/848 was published in June 2018. It applies from 1 January 2022.

After a long revision process, the new organic regulation (EU) 2018/848 was published in June 2018 and entered into application on 1 January 2022. The European Commission is currently working on the implementing and delegated acts.

The European Commission has been working on the secondary legislation since June 2018. So far, 22 secondary regulations have been adopted and published: 15 Delegated Regulations and 7 Implementing Regulations. The new set of regulations applies from 1 January 2022.

Between November 2015 and 28 June 2017 the file was under the so-called trilogue negotiations between the three EU institutions. The EU Parliament and the Council adopted the text on 19 April 2018 and 22 May 2018 respectively. The new organic regulation was published on 14 June 2018 and entered into application on 1 January 2022.

IFOAM Organics Europe has been involved since the Commission launched the process in 2012. We worked hard to ensure the final results help the quality and quantity of the European organic sector develop. IFOAM Organic Europe’s members find a comprehensive list on all EU organic regulations on the member extranet.

Frequently Asked Questions of October 2021developed by the Commission

The Basic Organic Regulation has been amended/supplemented by the following Delegated and Implementing Regulations:

Trade Agreements on Organic Products
Details on organic trade agreements with UK, Switzerland and Chile can be found here

Amended by:
Regulation (EC) No 967/2008 postponing the obligation to use the organic logo
Regulation (EU) No 517/2013 adaptation to EU enlargement to Croatia

Derogations due to Covid pandemic (applied until 31 December 2021)

THE NEW EU ORGANIC REGULATION, WHAT HAS CHANGED?

The EU organic regulation has a major impact on organic farmers, processors, traders, retailers, certifiers, researchers and consumers. After the publication of the new organic regulation, IFOAM Organics Europe provides you with a brief overview on the main changes.

At the end of 2011, less than three years after the previous organic regulations entered into application, the European Commission (Commission) decided to review the organic legislative framework, launching a 1.5-year impact assessment. In March 2014, the Commission issued a proposal for a new organic regulation to replace the framework current at that time, and the so called “co-decision” process started. This means that both the Council of agriculture ministers (Council) and the European Parliament (Parliament) developed their opinions – in parallel – to amend the initial proposal.

The Council discussed the legislative proposal over three Council Presidencies (the Greek, Italian and Latvian) and reached a “general approach” after more than one year, in June 2015. The Council’s approach proposed significant changes to the initial Commission proposal. After the May 2014 European elections, the Parliament started working on the proposal. On 13 October 2015, the Parliament’s Committee on Agriculture adopted a report on the organic dossier which also significantly amended the initial proposal. At that stage, the three EU institutions entered into the so called “trilogue” negotiations, with the aim of reaching an agreement and adopting a final text.

It took the negotiators 18 trilogue meetings and four Council Presidencies (the Luxembourgish, Dutch, Slovak and Maltese) to reach an agreement, which happened in June 2017.

After legal checks and translation into all the EU’s official languages, the text was adopted by the EU Parliament in April 2018 and by the Council in May 2018.

The new organic regulation entered into application on 1 January 2022.

The text that has been adopted represents the “Basic Act”. This means that many details of the text still have to be developed. This will happen in the next two years through other legal acts called “delegated regulations” and “implementing regulations”.

As for the new regulation, the categories of products that can be organic certified are:

The novelty is represented by Annex I of the new regulation, which provides a list of products that are not clearly covered by the three categories but that can still be certified. This list includes: specific yeasts, maté, vine leaves, palm hearts, hop shoots, silkworm cocoon, natural gums and resins, essential oils, cork stoppers, raw cotton, raw wool, raw hides, plant-based traditional herbal preparations.

It also includes sea salt and other salts for food and feed, even if those are not living organisms.

As it was before, mass catering operations, i.e., restaurants and canteens, are outside of the scope of the regulation. However, national or private standards can be applied.

Among the objectives, the encouragement of short distribution channels and local production is new.

Among the principles, the concept of production connected to the soil is reinforced and references to ‘contribution to a non-toxic environment’, ‘long term fertility’ and ‘biodiversity’ are new and positive. Another new principle is to incentivise the use of organic plant reproductive material and animal breeds with a high degree of genetic variety, resistance against diseases and longevity.

For food, the exclusion of food containing or consisting of engineered nanomaterials is new.

Before, “group certification” was only allowed in developing third countries. With the new regulation this is now allowed everywhere in the world, including the EU. Group certification means that a certain number of small farmers can get organised and be certified as a single entity. One certificate covers all the farmers, who cannot sell their certified products other than through the group itself. Specific criteria are established to define what categories of farmers can join the group.

With the new regulation it is now possible for organic farmers to access heterogeneous material i.e., mostly seed for arable crops. Previously this seed was not ‘legally’ available to farmers because it is characterised by a high level of genetic and phenotypic diversity. This diversity is very good for organic farming – as opposed to the general seed law that requires high level of homogeneity of seed.

The concept of cultivating in close connection with the soil is reinforced in the new regulation. Very few exceptions to this rule are allowed, for instance the production of chicory heads or sprouts. A ten-year derogation is also given to “demarcated beds”, which are traditionally used in some Nordic countries. The derogation applies to the existing and certified operations in only three countries: Finland, Sweden, and Denmark.

For livestock farmers, higher percentages of feed should come from the farm itself or from the same region. 60% (70% from 2023 on) of feed for cows, sheep, goats, horses, deer and rabbit and 30% for pigs and poultry should be of regional origin. Under the past regulation, these percentages were 60% and 20% respectively.

In the new regulation, the use of natural flavours is strongly restricted. Previously, all natural flavours were allowed, while since 2021 on only natural flavours originating from the mentioned ingredients can be used in organic processing. For example, only “natural lemon flavouring” is allowed, which means that the flavouring is at least 95% obtained from lemon. Rules for obtaining organic flavours are also be detailed.

A restricted list for cleaning and disinfection products for use in processing has been established for the first time.

The organic control system is closely linked to the new general legislation on official controls for food and feed that was published in 2017. Additionally, specific control requirements for organic are detailed in the new organic regulation.

Besides the aforementioned group certification, the other novelty is that the annual physical inspection is not anymore mandatory for everyone. Previously, this applied to 100% of certified farms / facilities. A derogation for low-risk farms / facilities implies that those farms / facilities are inspected every 24 months rather than every year. Controls now have a strong risk-based focus.

Retailers that only sell pre-packaged organic products do not need certification but are subjected to the checks of the general official controls legislation. Additionally, Member States can decide to exempt farmers who sell small quantities of organic products directly to the final consumer from certification.

The topic that was heavily debated during the legislative process was related to the actions to be taken when residues of non-allowed substances are detected on organic products. Member States have different procedures and an agreement has not been found. Therefore, Member States can continue applying their national approaches until the topic will be discussed again in 2022/2023.

In the new regulation, there are two systems to import organic products from outside the EU:

Trade agreements: all Third Countries that are currently recognised as equivalent have to renegotiate the terms for trade agreements under the new EU procedure. Under the current system, thirteen Third Countries are recognised: Argentina, Australia, Canada, Chile, Costa Rica, India, Israel, Japan, the Republic of Korea, Switzerland, Tunisia, the United States of America and New Zealand;

Certifiers: where there is not a trade agreement, the Commission establishes a list of recognised control bodies / authorities that are authorised to perform controls and certification in Third Countries. The EU regulation is to be implemented identically within the EU and outside the EU. Some flexibility is allowed for the use of plant protection products and / or fertilisers traditionally used in Third Countries.

Click here for a printable version of this document.

Guidelines to the new organic regulation

To help organic producers and traders, competent authorities and control bodies navigate the legal labyrinth of these regulations, IFOAM Organics Europe has developed guidelines to the EU Organic Regulation.

This IT tool, free for our members, puts together relevant requirements for certain categories under one chapter. For example, if you are a poultry producer you will find all recitals, definitions, and requirements relevant to your activities under one chapter, and you will not need to open 10 different regulations. On the top of that, when the EU Organic Regulation refers to other EU legislations, links to these are provided as well.

All this work was made possible thanks to our sponsors, whom we are very thankful to.

IFOAM Organics Europe has started the ‘Developing Organic’ project on Pesticide use and contamination: ensuring a favourable environment for organic operators through EU legislative frameworks. This project wants to find a common approach among Competent Authoritites, Control Bodies and organic operators on managing the presence of pesticide residues on organic products. It also wants to better reflect the organic principles in EU legislation related to pesticides use in agriculture. Is this interesting for you? Consider contributing. Read the full call to discover what is in it for you. For more information, please get in touch with us by writing to SupportUs@organicseurope.bio.

The work of IFOAM Organics Europe on this topic is co-financed by the LIFE programme of the European Union, under the Climate, Infrastructure and Environment Executive Agency (CINEA). This page only reflects the views of the authors and its sole responsibility lies with IFOAM Organics Europe. The CINEA is not responsible for any use that may be made of the information provided.