Organic agriculture, part of the solution to the climate crisis

Home > What we do > Climate change

Farming is a significant contributor to climate change. Agriculture is responsible for about 10% of the total greenhouse gas (GHG) emissions in the EU. However, applying the right farming techniques can make a difference. Organic farming practices can reduce GHG emissions in synergy with providing benefits for biodiversity protection, increase soil carbon sequestration and at the same time contribute to adaptation by making farming systems more resilient to the effects of climate change. 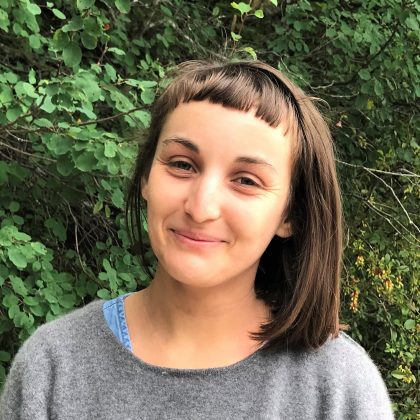 Climate change is already making farming more challenging with an increase in frequency and severity of extreme weather events, such as floods, heat waves and droughts. Harvest losses, biodiversity loss, soil quality deterioration and other irredeemable damage to natural resources and the destruction of farmers’ economic viability are among the most serious effects.

On the other hand, the farming sector is a significant contributor to climate change. Agriculture is directly responsible for about 10% of EU’s total greenhouse gas (GHG) emissions. However, when considering indirect emissions the food system is responsible for up to one third of GHG emissions at the global level. In the EU, these indirect emissions are linked to imports of vegetable proteins for animal feed contributing to land use change or deforestation in countries outside the EU and GHG emissions from synthetic fertilizers production and transport to name a few. Agriculture is also the largest contributor of non-CO2 GHG emissions, such as methane, mainly through livestock production.

Reducing GHG emissions from agriculture must happen in synergy with actions to reduce all negative impacts of industrial farming on soils, water, and biodiversity. Developing farming systems and agroecological approaches that deliver positive results on all fronts should be a priority to avoid trade-offs.

Food production is a complex system. In a world where 80% of agricultural land is used to produce meat or animal feed and where 30% of food produced goes to waste, the approach to reduce emissions from agriculture should be a systemic one. However, applying the right farming techniques can already make a difference. Besides increased soil carbon sequestration compared to conventional farming systems, organic agriculture also provides benefits for climate change adaptation and resilience.

You can further explore the multiple benefits of organic farming for climate and biodiversity, such as increased carbon sequestration in soils, 30% more biodiversity on organic farms and increased resilience of the farming system, in our document on organic agriculture and its environmental benefits.

How agriculture can best mitigate and adapt to climate change is the subject of several research projects. The first findings are clear: organic farming that includes some optimised techniques is best equipped to counter climate change. Farmers taking part in the SOLMACC project used some techniques. Explore their findings in the SOLMACC videos.

The European Green Deal is the Commission’s roadmap for making the EU’s economy sustainable and making Europe carbon neutral by 2050. This should happen by turning climate and environmental challenges into opportunities across all policy areas and making the transition just and inclusive for all.

To make the EU Green Deal a reality, the Commission released a number of strategies, action plans and legislative proposals. In May 2020 the Farm to Fork Strategy was presented, which wants the EU to come to a healthier and more sustainable food system. It clearly recognises organic farming as an environmentally friendly practice that needs to be further developed. The Commission stated that it will boost the development of EU organic farming and aims for 25% of total farmland to be farmed according to organic practices.

The objectives of the EU Green Deal were enshrined in the European Climate Law, laying out also an intermediate target for 2030, a 55% net GHG emission reduction. To reach this objective, the Commission presented its ‘Fit for 55 package’ in July 2021. This package is a set of legislative proposals aiming to align EU legislation with the 2030 objective and laying out how to reach the 2050 climate neutrality goal. Among others, it includes the suggestions for a revision of the Effort Sharing Regulation (ESR) and the land use, land use change and forestry (LULUCF) regulation.

As announced in the Farm to Fork strategy, the Commission has presented the communication ‘Sustainable Carbon Cycles’ in December 2021, which also covers carbon farming. A regulatory framework for the certification of carbon removals is planned for the end of 2022.

The European Climate Law (Regulation (EU) 2021/1119) lays down the goals of the EU Green Deal in law and sets also an intermediate target of reducing the net GHG emission by 55% by 2030, compared to 1990 levels.

In October 2014, the European Council adopted an overall target of 40% greenhouse gas emission reduction by 2030 (on 1990 levels). This target is implemented by three pillars:

To be in line with the increased ambition of the 2030 target and to reach climate neutrality by 2050, as set out in the European Climate Law, the Commission proposed to revise all three pieces of climate legislation (EU ETS, ESR and LULUCF legislation).

LULUCF is a carbon sink in the EU, mainly due to the way forest management emissions and removals are calculated. The regulation foresees that the EU land and forests carbon sink is maintained, according to the “no debit” rule. However, the legislation allows Member States a certain level of flexibility to benefit from removals in the LULUCF sector to comply with their ESR target. This flexibility given to Member States with a high share of emissions in the agriculture sector could mean that little action is expected from this sector beyond existing policies. In the ‘Fit for 55’ package, the Commission proposed a revision of the Regulation and to increase the target of the emissions reductions covered by the ESR. It further proposed to set an EU target of net GHG removals in the LULUCF sector of 310 million tonnes CO2 equivalent by 2030, revise the flexibility of LULUCF credits being used to comply with ESR targets and create one policy instrument after 2030, which combines all agricultural emissions with the land use, land use change and forestry sector. The European Parliament has adopted their position on the ESR and LULUCF Regulation in June 2022.

Organic agriculture and its benefits for climate and biodiversity
Publishing date: April 2022

ClieNFarms will set up 20 case studies to test solutions to reach climate-neutral farms;

Climate Farm Demo will set up a network of pilot farms in Europe and associated countries to increase and speed-up the adoption of climate smart farming practices.

SOLMACC (Strategies for Organic and Low input farming to Mitigate and Adapt to Climate Change) was about demonstrating that farming can be climate-friendly by applying a combination of optimised organic farming practices to respond to climate change. It seeked to promote wider adoption of innovative practices that eventually can contribute to reaching the EU’s climate change mitigation and adaptation objectives in the food and farming sector. Across Europe, 12 demonstration farms were selected with farmers adjusting their agriculture techniques over the course of five years under close scientific monitoring and supervision. The objective was to significantly reduce farms’ greenhouse gas emissions compared to average farms under similar climatic conditions. Modelling allowed for predictions about the long-term impact on soil, biodiversity, and climate to be made with the project’s results used to develop transferable approaches for other farms, be they organic or conventional.

See how agroforestry, optimised tillage, optimised crops rotation and optimised nutrient management improved farms’ adaptation capacity. You can also read a summary of the SOLMACC project in the Layman report.

Are you a policy-maker? You might want to read the policy recommendations: Increasing climate change mitigation and adaptation of the agriculture and food sector.

The work of IFOAM Organics Europe on this topic is co-financed by the LIFE programme of the European Union, under the Climate, Infrastructure and Environment Executive Agency (CINEA). This page only reflects the views of the authors and its sole responsibility lies with IFOAM Organics Europe. The CINEA is not responsible for any use that may be made of the information provided.